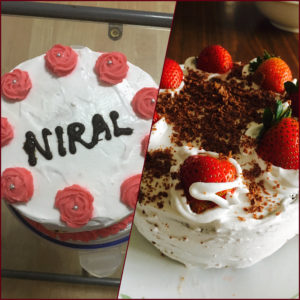 Though it was weekday but we tried to make it more special by baking cake and decorating it. And indeed it was yummy cake. Few of mumma ‘s friend came in the morning and gave her yummy surprise 😊. In the evening we 3 went out for dinner. Last but not least my Friends  saanvi […] 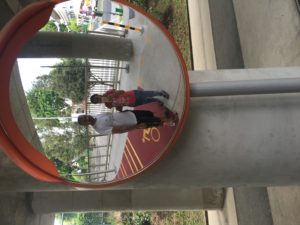 Our first cycling experience on new cycle track. It starts from ang mo kio mrt to bishan mrt. Singapore prime minister Mr. Lee Hsien Loong came and did opening ceremony. It was great to see things developing around and ang mo kio is one of the best place in Singapore 😊 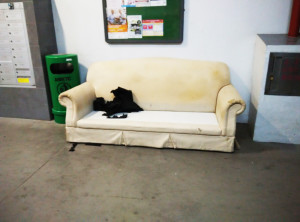 It was Pintu Shah who send sms to us, “does any one want brand new conditioned sofa??”. And it came home with help of Sanket and Darwin. There are tons and tons of memories. From Adity’s 1st seating place to sleeping place to love and fight on this sofa, those great movie time with popcorn […]

Our loooooong awaited movie, The Martian, finally watch it 1st day of the launch. It was late night movie show but Lil Astronaut Adi did enjoy as well. “They say once you grow crops somewhere, you have officially ‘colonised’ it. So technically, I colonised Mars. In your face, Neil Armstrong!” ― Andy Weir, The Martian 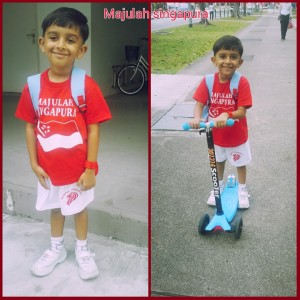 on 9th Aug Singapore celebrated its 50th birthday and we were so excited that we are celebrating  SG 6 in singapore. We happily finished our 6th year in Singapore..I have special attachment with this land and I will be always great full to this country for providing us better opportunity to live happily peacefully.  So […] 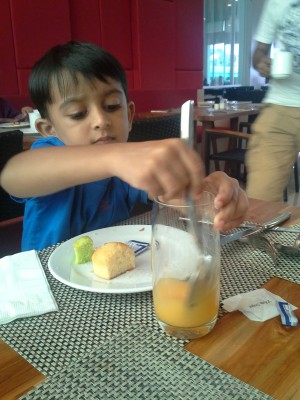 Yes you read it right..experiment during holidays…the other day we did experiment things that dissolved in water or not?…Aditya continued doing same during our stay in phuket hotel..every morning we had breakfast in the hotel and on table he would brought a glass of either water or orange juice. There was glass full of sugar […]

Aditya had collected some sticks from botanical garden last week..had no clue what to do…googled it and went downstairs to get some natural materia to go along with it..got some leaves and made this photo frame..aditya is not actively participated during this project but ya he was very pleased to see end result… After I […] 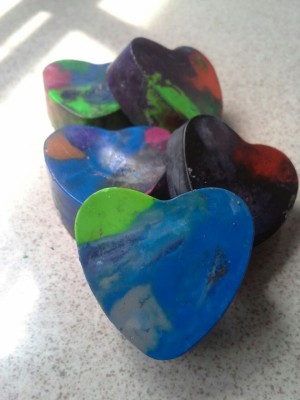 Fun and family :), Play at home

Use of lil crayons – Malted Art of Heart

Lots of lil crayons and u really don’t know what to do with that…googled it and found out creative way to reuse it..just put it in ice cube tray microwave it for few minutes and set it aside for few minutes n demold it and you are done.. HAPPINESS 😀 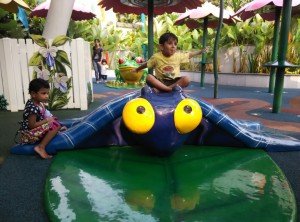 A good mall on west, we had fun in kid’s play area, this is the place where we bought Adi’s new swimming costume, so he can have fun in water.

Today I ask aditya to drink lemon juice as he ws not well since yesterday. .he said mumma want to make orange n lemon juice and so we made orange lemon lemonade. .. I gave him all instructions and he followed…in between showed hom how sugar dissolves in water and explain him that sugar and […] 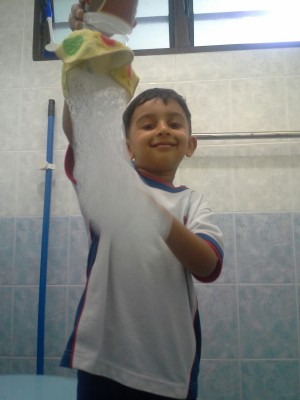 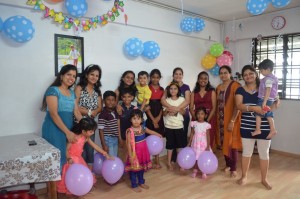 The best way to connect to Bintan is a ferry, we did use it too, 1+ hours journey and that’s all. Once you are in any resort of Bintan, you are relaxed.